Lahore, Karachi, Islamabad, 20 September 2019: ‘In the current era, drastic climate changes are occurring comparatively at larger scale. The future of many living organisms is in question. Not only wild plants and animals are at risk but people are the victims of deteriorating state of nature’. This was stated by Hammad Naqi Khan, Director General World Wide Fund for Nature-Pakistan (WWF-Pakistan) during Climate March. He further said that climate models suggest that without immediate action to reverse the climate change, the Earth will become much less hospitable to our modern globalized society.

This first nationwide Climate March led by citizens mainly youth aimed to highlight climate emergency and demanded action to mitigate the serious impacts of climate change in country. The event was thronged by people from different walks of life including representatives of conservation organizations, environmentalists, students and passionate citizens with placards in their hands. The event held in more than 2000 cities worldwide is aligned with the United Nations climate action summit, that is taking place on the 23 September in New York. The world leaders will gather to discuss the climate challenges and suggest concrete actions to address these grave issues.

Speaking during the event, Hammad Naqi Khan, Director General, WWF-Pakistan said that climate change is a bitter reality that poses a greater threat to our present and future generations. Pakistan is at risk of climate related natural hazards as we witnessed more than 1000 people dying due to heatwave in Karachi in 2015. Such incidences can happen again so we should be fully prepared and take timely measures. He called for nature based solutions such as large scale plantation drives, promotion of renewable energy and conservation of water resources to address this challenge. He also emphasized for unprecedented action to tackle the issue of climate change at local, regional and global levels. In end, he appreciated the efforts of ClimateActionPk in raising their voice on the issue and mobilizing citizens to participate in the Climate March.

Rafay Alam, Environmental Lawyer and a Member of the Pakistan Climate Change Council said, The human race is facing a host of threats and key among them is climate change which cannot be treated like other problems. We must act as if our house is on fire. Addressing the climate crisis is not just about individual action. The climate crisis exists because of a capitalist, consumerist and fossil fuel driven economy. These must be dismantled if the planet and human race are to survive this century.” He also said that raising their voice against climate challenge is everyone's moral and ethical responsibility.

Samar Khan, a Pakistani cyclist and WWF Advocate speaking about climate change situation in Pakistan said, “We need to understand that the Earth was not made only for humans, but for every living creature; that is why we should not damage the natural habitats of animals, birds and those rarest species who will no longer exist if we keep on living the way we are. It is time to stand together and aware our society about adopting lifestyle that does not harm nature. But if we fail to change, the impacts could be much worse in form of heat waves and other natural calamities. Whatever we have to do to counter this situation, we have to do it fast."

While, 22-year Bashira a fisherwoman from Rehri Goth shared that due to shortage of freshwater, frequent tidal flooding and cyclones their family migrated from Keti Bunder, Thatta and settled in Rehri, Karachi around 15 years ago. She also said that this migration trend increasing very fast and many other people have shifted to Karachi and other cities. In past we did not know what was happening as experienced reduction in fish and sea water was eroding their fertile lands.

WWF-Pakistan integrates climate change adaptation, mitigation and resilience building into its initiatives related to biodiversity conservation and natural resources management in Pakistan. For instance, development and implementation of 50 year Indus Ecoregion Vision (2005-2055) which is a joint initiative of WWF-Pakistan and the Government of Sindh that addresses climate change induced threats to the Indus Ecoregion and communities living in it. There have been more than 5 major projects focusing on climate change adaptation, building climate resilience and fulfilling the knowledge gap on this issue. WWF-Pakistan has been working towards the promotion of alternative and renewable energy provision, afforestation and rehabilitation of forest resources, improved and sustainable utilization of water resources in country.

In Pakistan simultaneous events were held nationwide in Lahore, Islamabad, Peshawar, Multan, Quetta, Gilgit and other major cities. These events were held to draw attention of the masses towards the issue of climate change and address the climate emergency as a nation. 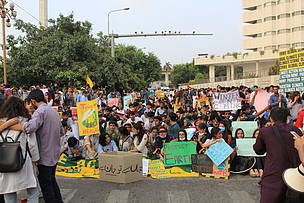 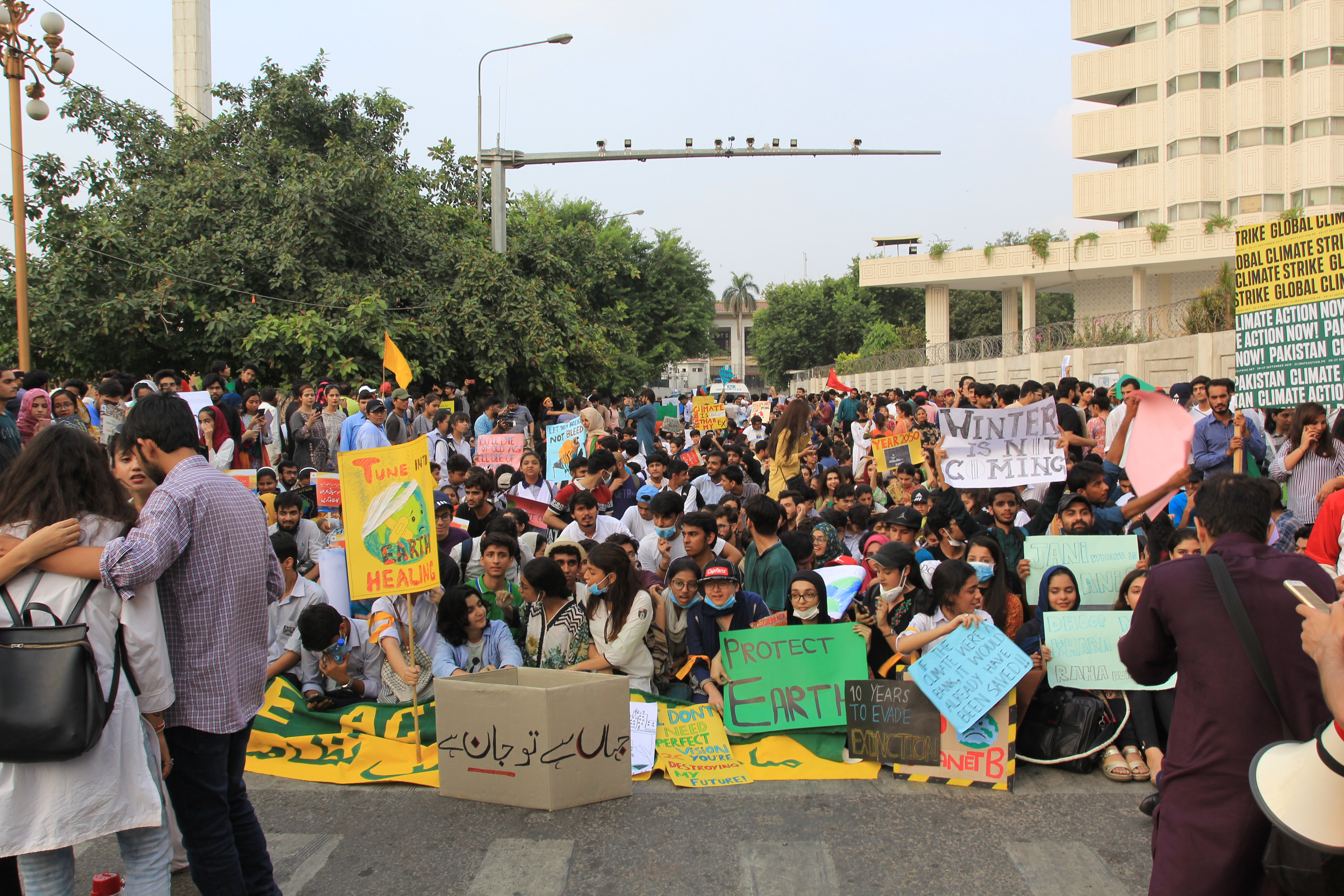