Karachi, 25 September 2019: For its work on conservation of the Chilghoza Forest, Kasa Ghar Community Based Organization (CBO) of Suleiman Range, Shirani district of Balochistan has won the Equator Prize 2019. It was amongst 22 communities across the world who received this prize during a ceremony held in New York on Tuesday, 24 September. By creating a successful value-added market model for Chilghoza pine nuts, the CBO has conserved around 9,000 hectares of vulnerable forest in the Suleiman Range of Pakistan and sustained the well-being of forest-dependent communities of nine villages in the area.

Each of the 22 winners of the Equator Prize represented outstanding community and indigenous initiatives that are advancing nature-based solutions for climate change and local sustainable development. Complemented by short films and musical performances, the prize distribution ceremony included community leaders, government representatives, civil society organizations and media from around the world. The Equator Prize recognizes outstanding local community initiatives to reduce poverty through the conservation and sustainable use of natural resources. The Equator Prize is organized by the Equator Initiative within the United Nations Development Programme and partners. On behalf of Kasa Ghar community, Rab Nawaz, Senior Director Programme, WWF-Pakistan received the award.

According to Rab Nawaz, Suleiman Range contains the world’s largest Chilghoza (Pinus gerardiana) forests, which is home to diverse wildlife species including the near threatened straight horned markhor. He also shared that these forests play an important role in terms of ecological and environmental services besides providing a credible source of income to local communities. Due to an increasing population coupled with lack of alternate livelihood opportunities, Chilghoza Forests are under constant pressure for timber. ‘Though, Chilghoza trees are of comparatively poor quality they produce good quality nuts that have a good national and international market demand’, he added.

WWF-Pakistan initiated conservation work for the forests in 1991, but faced reluctance from the forest-owning communities. However, the organization adapted a two-pronged strategy that focused on controlling commercial logging and organized communities to conserve forest resources. With the continuous efforts of WWF-Pakistan over the last two and half decades the community is now taking care of their resources and is well organized.

This year the Equator Initiative received 847 nominations from 127 countries around the world. Award categories honoured achievements and local innovations in the areas of climate change mitigation, adaptation, and new economic models. Entrepreneurship, gender equality, and advocacy for social and environmental justice were key themes of this award initiative. 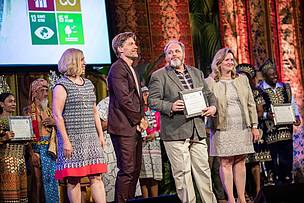 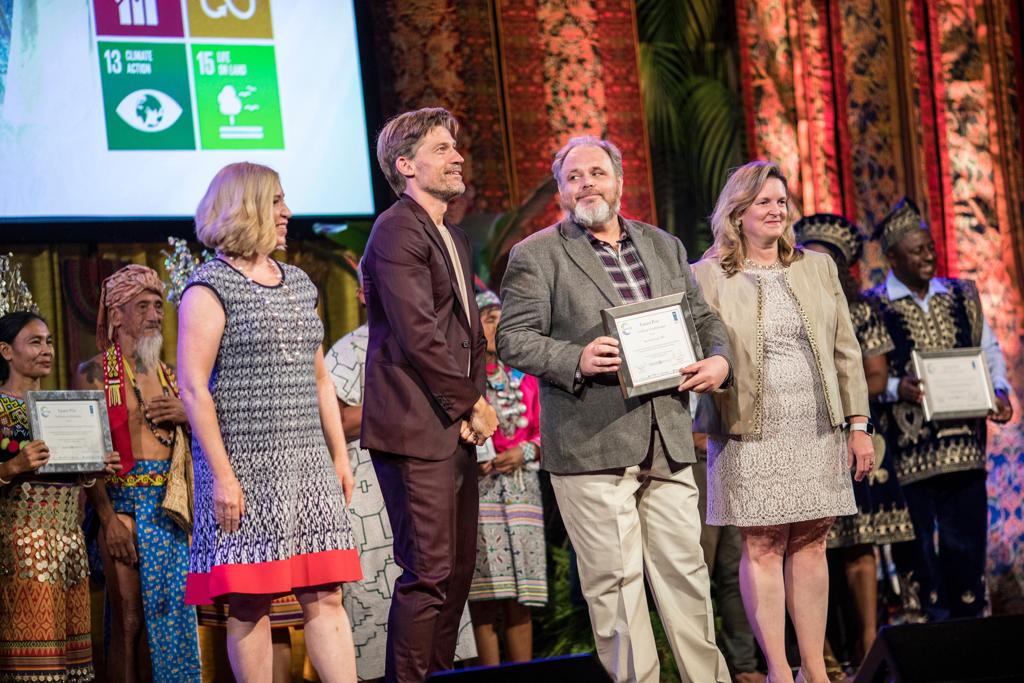